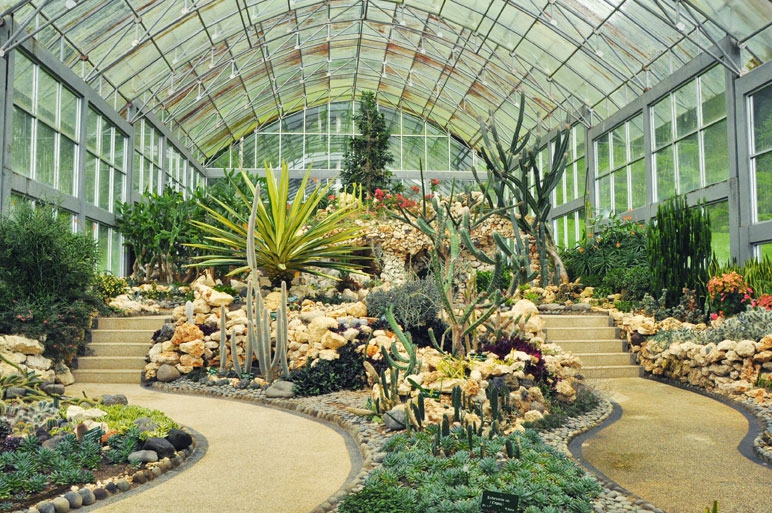 The Garden is situated near the mountain tourist resorts of Bedugul and Candikuning, on the east slope of Bukit Tapak Hill, at an elevation of 1,250 to 1,400m and is beside Batukau Nature Reserve (15,390 ha). The Eka Kaya Garden is a branch of Kebun Raya Bogor on Java.

Daytime temperature is about 17-25C, falling to 10 -15 C at night with humidity 70-90%. The cool climate, with annual rainfall 3,000mm, clean air and beautiful scenery in its mountainous setting, with adjacent forests, the lake and the attractive landscape all blending harmoniously, make this garden a popular spot away from the heat in the south of the island. It provides a place where you can relax in peaceful surroundings while learning about the use of plants in the daily lives of Balinese people as well as many interesting tropical rainforest plants and birdlife.

Eka Karya Garden is unique in Bali as a centre for botanical research, education and recreation, and is a forerunner in conserving Indonesia's flora. Students use the plant collection for extra-curricular study. In order to fulfil this task, Eka Karya Garden, conducts field exploration and surveys, and has been equipped with an herbarium, seed collection, and nursery, as well as the living collections of trees, ferns, orchids, cacti and other plants of scientific, economic, cultural and aesthetic value.

Visitors arriving at the Eka Karya Botanic Garden, Bali, will immediately notice the special Balinese architecture, which is both sturdy and beautiful. The distinctive carved split candi bentar at the main entrance is typical of those usually found in temples or important buildings in Bali.

The Garden has an extensive Gymnosperm (non-flowering plants) collection, imported from many regions of the world, including The Netherlands, Australia, Japan, China, Africa, North and South America. The collection of woody plants totals 656 species from 141 families, some of which are indigenous to the gardens, in particular, the native Cemara Pandak (Podocarpus javanicus).

The social fabric of Balinese life cannot be separated from traditional ceremony and religious activity. The raw materials of many well-known plants play an important part in sacred ceremonies. Because of their importance, Eka Karya Garden began, in 1991, to make inventories, collections and plantings of species used for traditional ceremonies. To date, the collection consists of 454 specimens from 117 species.

Seeds and plants are accepted only if their provenance is known and documented and only if they have been collected and imported legally. Plants that have the potential for invasiveness, genetic pollution or introducing pests or diseases are carefully screened. In Indonesia there are approximately 4000 species of orchid, about half of which occur in Papua. Very little is known about the diversity of orchids. The Bali Botanic Garden has prioritised collecting wild Indonesian orchid species, mainly from the mountain forests of Bali, Java, Nusa Tenggara, Sulawesi and Papua.

The Begonia collections are planted in a beautiful park and in a special Begonia house. The park design is based on a natural concept that mimics the natural habitat of begonias in general. More than 200 species of begonias are collected and propagation has reached thousand of plants so it is appropriate that Bali Botanic Garden has become the centre of Begonia conservation in Indonesia.

The cactus collection is located in a big glasshouse near the office. Many species have beautiful and colourful flowers. Taman Usada (Usada garden) has recently been established in the nursery. This garden, which covers 1600 m2, was built in mid-2005 as implementation of the conservation effort of Bali Botanic Garden for Balinese medicinal plants. The Aquatic plant collections are arranged in six stair ponds and decorated with stones and pots.