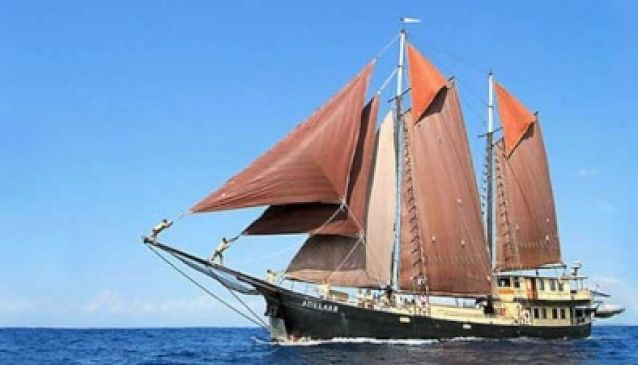 The grand old schooner Adelaar, was laid out in Staadskanal Shipyards in Zaandam, Holland, in 1902. As a cargo ship under canvas, the Adelaar sailed between England, Sweden, Norway and Russia. The Adelaar sailed the Mediterranean from 1984 until 1987, then crossed over to the Caribbean. In 1988, she crossed the Pacific Ocean and sailed to New Zealand, where she later won the New Zealand Tall Ship Race.

Between 1991 and 1992, Adelaar underwent a complete renovation. Equipment was updated and a full service dive centre was added. She continued her voyage around the world, leaving New Zealand in 1993 and sailing to Indonesia. Adelaar has sailed the Indonesian Archipelago since then with her loyal crew of seasoned seaman, taking guests on amazing diving and sailing holidays.

She now caters to today's discerning travellers who expect only the best.