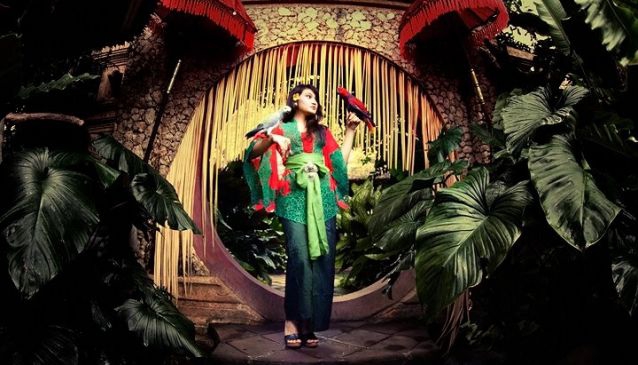 The Blanco Renaissance Museum was once the home of world famous Antonio Blanco, the most famous foreign artist ever to lay down roots in Bali. He has created and sold works to Mick Jagger, Ingrid Bergman and Michael Jackson and is known for his eccentric and unique style. He married a Balinese dancer and raised his children in their home on top of a mountain which overlooks the Campuan River. Since Blanco's death in 1999, the building and his studio have been open to the public as a museum, realising a personal dream of the artist.

Antonio Blanco was born to Spanish parents who settled in the Philippines in 1911. He moved to Bali penniless, befriended the King and became the confidant of many powerful folks in Indonesia. His museum displays most of his paintings and artwork that involved baroque pornography, mostly women with exposed breasts. It has a wonderful garden patio that also has a corner for petting bird station.

Mario Blanco, Antonio's son, has since kept up the artistic tradition and helps run the grounds, as well as creating his own paintings. His style is a fusion of Balinese and European - his 'naturalistic, impressionist' oil paintings are unique and mesmerising.