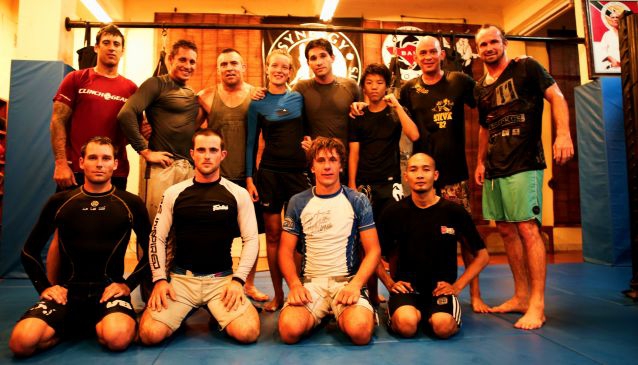 Mixed Martial Arts teaches you how to effectively defend yourself against a bigger and stronger aggressor.

As the name implies, SYNERGY® captures the Essence of Jiu-Jitsu and Mixed Martial Arts: combining forces for a superior total effect.

SYNERGY®'s mission, is to aggressively promote and spread Mixed Martial Art and Brazilian Jiu-Jitsu throughout the world, with academies representing the highest standard of martial arts teachings.

The only complete Mixed Martial Arts gym in Bali. Located in Kuta on the way to Double Six beach, Synergy MMA Academy® has a full martial arts facility, including an MMA cage, big matted area, heavy bags, focus mitts, gloves and much more.