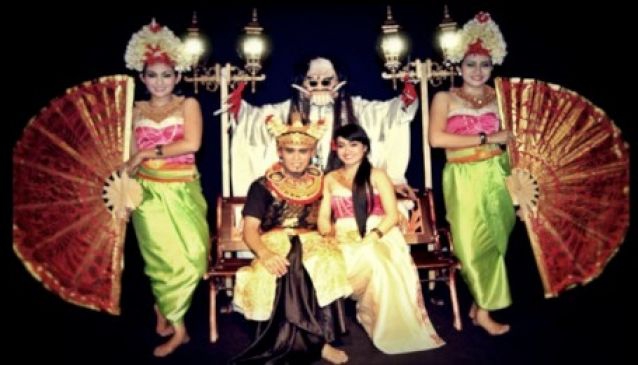 In 2008, when the Five Star Celebrity Hotel rented 70 miles of Gusti Atmaja's inherited land, Gusti's lifestyle began changing. He abandoned his culture, he hurt his best friend Ni Ulantari's feelings. With the strong belief in the gods, Ulantari never stopped praying for Gusti. Then, Shiva, the God of Mercy, finally answered her wishes and sent the Legong dancers down to Earth, to create magic.

Gusti Atmaja is the only son of a respectable family from Sanghyang village. He misses the tender moments with his best friend, Ni Ulantari, who left him a year ago. Gusti knew that Ni Ulantari went away because she was sick and tired of his changed ways. To deal with his lonely feeling, he creates the image of Ni Ulantari using his imagination, then tries to contain the image for eternity in a little shack. Unfortunately it does not last for long because Celuluk, his bad side, emerges again. It causes the image to disappear.

Inspired by a true story of Balinese friendship - you must see the show.